Posted for Kedaar Nandan at 7:00 PM No comments: 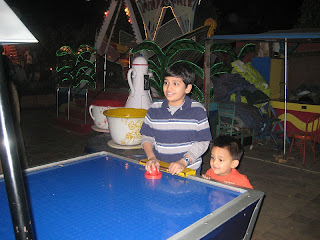 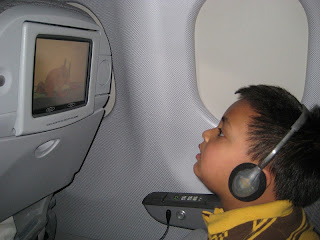 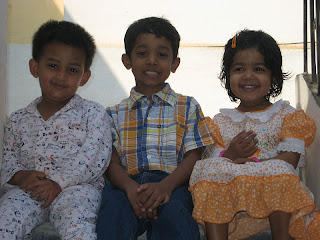 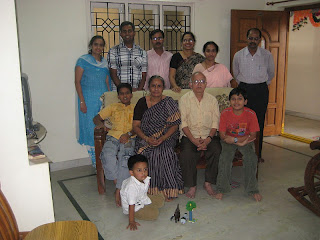 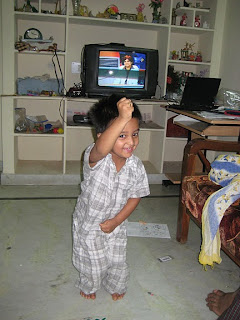 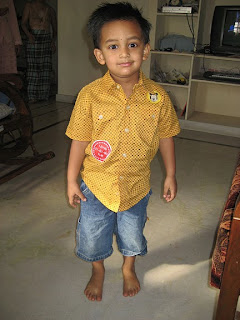 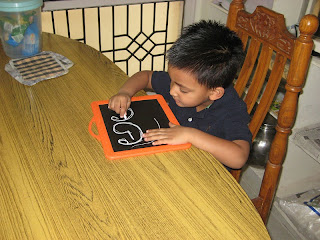 Kedaar had a lot of fun this time in India trip. It was a long trip and he is still getting used to the routine of having to go to school not just play after we are back :)
Few things to share regarding the trip.
1. Just like last year, he is super interested in going in the elevator in our Hyderabad flats . He made friends with one of my brother's colleague's family who lives in second floor. He spent so much time playing with their kids (calling them Sai annayya, Chintu annayya). He doesnt even want to come back home and wanted to eat there, sleep there all the time.
2. Kedaar watched lot of TV. Interestingly several kid's channels come in even local languages in India now. Kedaar's most favorite channels are Pogo, Cartoon network,Disney XD. He used to watch the "Chota bheem", "Krishana and Balaram" type of mythological stories endlessly in one channel and enjoyed "Tom&Jerry" tirelessly in another. We saw him so many times laughing out loud while he wa watching Tom&Jerry. Interesting to watch him get involved so much into those.
Other than the kids channels, his favorites were watching singing reality shows , mainly the Saregamapa-Little champs on Zee telugu, maa TV-super singer. He used to not even allow us to change channnels when these shows came. Additionally one more favorite show for him was the "Wow" show in E-TV. They have a round in that show similar to the "hole in the wall" show. Whenever it comes he used to put pose like that hole shape immediately. :)
3.He played a lot with his cousins, my sister's son, brother's son and also chandra's sisters sons. They visisted us in Hyderabad, Kurnool. He just wanted to go with who ever is leaving. For everyone, he used to ask "mummy, daddy, can I also please go with them, can you please come with me". When my brothers family was leaving, Kedaar went to extreme and was just ready to go with them and got into car saying "bye" to us. He didnt care to ask us to come with him. My mother arranged a small family get together when we were in Hyderbad, so Kedaar got a chance to meet with my cousin's families and kids as well. Needless to say that he was super busy that day and played a lot with eveyone. He basically likes a lot of people around him. He maynot necessarily play with them all the time (and just spends time with his car or train), but he just enjoys people presence around him.
4. Kedaar had a good/fun time with grandparents. He used to help rolling chapatis, cutting vegetables ,drying clothes, taking bath etc from my mother, reading books, learning telugu alphabets etc from my father. I also took lot of coloring papers for him so he doesnt forget totaly about his school in Seattle. He did some coloring for the first 2 weeks and then stopped. He used to stick all his coloring papers in the main hall in my parents flat and then show them to everyone. One day he was saying that "I have so many Thaathayya's and so many ammamma's , nanamma's here, I like it :)
5. We watched one movie "Katha" in theater whie we were there. We watched it incidentally 2 times. Kedaar was there with us both the times. He watched some part of the movie and then slept off, However he clearly remembers the songs from that movie. Whenever the ads come in TV or even when we play songs here in car, he says "It is from Katha, the story movie, I like it so much". He also sings the song "taka taka taka evaro" song.
6. We didnt visit any places during this trip other than Hyderabad and Kurnool, mainly due to the agitations in Hyderabad due to Telangana issue. However we went to some local places like Birla mandir, birla science museum/planetorium, necklace road eat street etc. We also made sure that Kedaar went atleast one time in Auto per day while we were there. For some reason, he likes travelling in auto so much. This was the case last year and contiinued to be same this year too.
7. Kedaar also learned few bad habits while we were there. The first and foremost is hitting people. I think he was not engaged with lot of acitivities during that time other than having fun and playing. Also having watched all the "Bheem" kind of stories (:)), he learned how to hit people and become excited for small things. We see that he is still showing this tendency even after coming back to Seattle.ng that tendency. We are trying our best to control it.
Posted for Kedaar Nandan at 9:50 AM No comments: 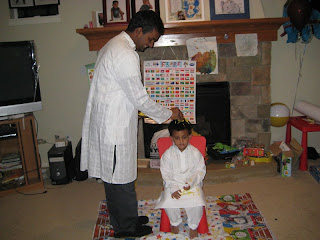 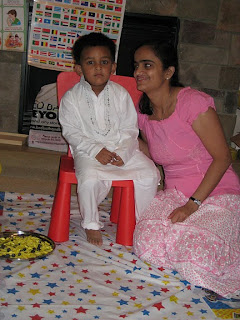 Here are few pictures of Kedaar's bhogi pallu this year. We just did this at home in a simple way.
Posted for Kedaar Nandan at 8:21 AM No comments:

We came back from the India trip last Friday. The trip was long (49 days for me and kedaar), nice and relaxing. We are back to work and Kedaar is back to school without complaint or crying. Kedaar clearly knows that India, Seattle are 2 different places and many things are different in terms of weather, daily routine, transportation mechanism etc. So we didnt have too many things to worry about getting him back to the routine here.
I will write about India stories, Kedaar's new friends in a separate blog post soon.
Posted for Kedaar Nandan at 12:12 PM No comments: